Division Three Champions Morning Star FC put the disappointment of a penalty shoot out loss in the Jock Mitchell Memorial Trophy earlier in the week firmly behind them today when they came from a goal down to defeat Division Two runners up Plough Sturton FC in an entertaining game at Sincil Bank. Matt Smith and Steve Marshall got their goals which cancelled out Plough’s early strike from the penalty spot by Olly Blanchard. 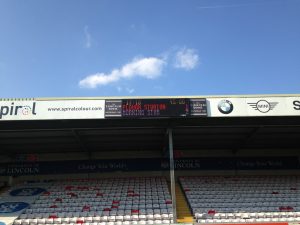 Full match report and photographs will be posted tomorrow.