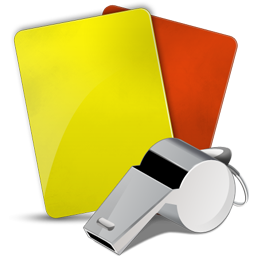 The referee appointments for Sunday 30th October 2016 have been added to the league website.  All cup fixtures have a league appointed official allocated to them.  Due to County Cup commitments & a shortfall of available officials the following league fixtures DO NOT have a referee allocated to them:

All efforts are being made to get officials.  If any club manages to get their own referee they are to inform the Referees Secretary immediately.